Skip to content
All aboard!
The 2019 LCI National Reunion!
Vampire Volunteers
We Remember Charles “Buster” Lawrence. Why?
Chaplain’s Corner
My Grandfather’s Sacrifice
LCI Veterans Recall D-Day
Whatever Will Float Our Boat
Observations from Officers Country
LCI(L) 85: The Four- Leaf Clover
Not All LCI Casualties Occurred During the Landings
AFMM Meets the Fleet at Bremerton
The ex-Salvage Chief Comes Home to the Columbia
Witness to Invasions, Surrenders and Occupation
Excerpt from “USS LCI(L) 419…Its Story”
Voices from the Pacific
Elsie ItemLCI 632LCI(M)March 2019 (No. 104)Most RecentShipsStories 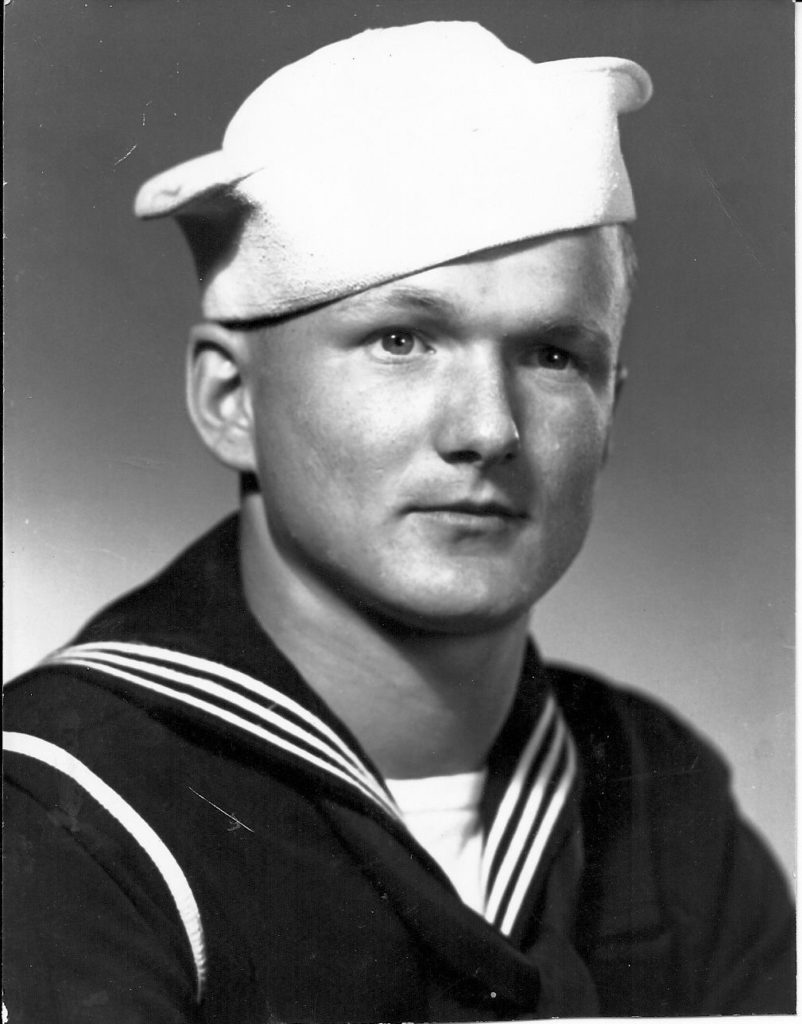 by Vernon Wallace as told to Tom Gorham

From our 2019 perspective, knowing that VE and then VJ Day were just few months away, it may seem strange that the Navy was still aggressively recruiting and training replacements in April 1945.  However, at the time the “island hopping” campaign in the Pacific was progressing slowly, chewing up men and ships.  The Atomic Bomb was a deeply held secret.  It was generally believed defeat of Japan would require invasion of the home islands and that the Pacific War could stretch on for years.”

My LCI story starts in early 1945, I was 17 and in high school, living in the country near Hot Springs, AR.  Now I didn’t know how to swim and had never seen the ocean, but at 17 you don’t worry about those details.  So, when a group of friends, mostly already 18, decided to j­­­­oin the Navy I decided the Navy was for me too.  The recruiter said I could join too, if a parent would give permission.  To my Dad that looked like one less mouth to feed, so in April 1945 I was off to Basic Training in San Diego.

I did OK there except when it came to the test when you have to jump in the pool from the high dive and make your dungarees into a floatation device. I told the old Chief running the test I was not going to jump, but he told me I was going to do it or die trying.  Well, with that kind of encouragement, I passed the test while swallowing half the pool in the process.

By the time we arrived in Okinawa, the war was over.

After Basic, a new Fireman 1/c, I got orders to ship to a Replacement Depot on Okinawa, sailing from Long Beach on the Cruiser New York to Pearl Harbor.  While I waited in Hawaii for transport to Okinawa, the first Atomic Bomb was dropped on Hiroshima.  A few days later, I left on a transport for Okinawa, and by the time we arrived in Okinawa, Japan had surrendered.  While on Okinawa awaiting assignment to the fleet, many of us were assigned to clean up debris.  Three in our group were killed when they encountered live munitions in a cave.  That cured me of wanting to look for war souvenirs!

Just after VJ Day I was assigned to LCI 632, which looked awful small after the cruiser.  The 632 had seen combat at Iwo Jima and Okinawa, but now, like the rest of the fleet was looking to transition to peacetime.  Leaving Okinawa, we were one of first ships to stop at Taiwan and some other islands that had been “island hopped”, leaving a Jap garrison to surrender as a unit.  It gave us a chance to check out abandoned Japanese equipment.

We joined up with a Flotilla in Hong Kong setting off for Subic Bay as a typhoon swept through the area.  While bigger ships plowed through the rough seas, 632 bounced around like a cork and I was miserably seasick for nine days.  I sure wished I could be back on the New York in this storm.  How would a kid from Arkansas know they were prone to Sea Sickness?  To this day I avoid any cruises on the ocean.

By February 1946 the LCI 632 moved up to Tsingtao, China and began the process of turning the 632 over to the Nationalist Chinese Navy.  With little to do on the 632, I was often assigned to operate a Liberty boat launch taking sailors back and forth to their ships in Tsingtao Harbor.  By April the turnover of the 632 was complete and I left on a transport working my way back to California.  I was discharged in New Orleans in July 1946, still just 18 years old.

I returned to Hot Springs, worked in various jobs, met my wife, and by 1950 moved with my wife and baby daughter, to San Diego.  I worked 42 years as a Chef and Restaurant Manager in San Diego.  I’m now 91, retired back in Arkansas, and proudly wear a ballcap from the LCI-713 Museum Ship, in memory of my post-VJ Day LCI service.

After the war, Pacific Marine units established bases and provided security in the Tsingtao-Chinwangtao region of Eastern China. The China Civil War had erupted. Marines clashed with the Communist forces while pursuing their assigned mission in China. A U.S. Naval facility operated there from 1945 to 1949. LCI(M) 632 was eventually transferred to the Chinese Nationalist Navy. When the Nationalist government retreated to Formosa in 1949, many Chinese Nationalist naval ships and army units defected to the Communists, including the former LCI(M) 632.