Skip to content
All aboard!
The 2019 LCI National Reunion!
Vampire Volunteers
We Remember Charles “Buster” Lawrence. Why?
Chaplain’s Corner
My Grandfather’s Sacrifice
LCI Veterans Recall D-Day
Whatever Will Float Our Boat
Observations from Officers Country
LCI(L) 85: The Four- Leaf Clover
Not All LCI Casualties Occurred During the Landings
AFMM Meets the Fleet at Bremerton
The ex-Salvage Chief Comes Home to the Columbia
Witness to Invasions, Surrenders and Occupation
Excerpt from “USS LCI(L) 419…Its Story”
Voices from the Pacific
Elsie ItemJune 2019 (No. 105)LCI 756 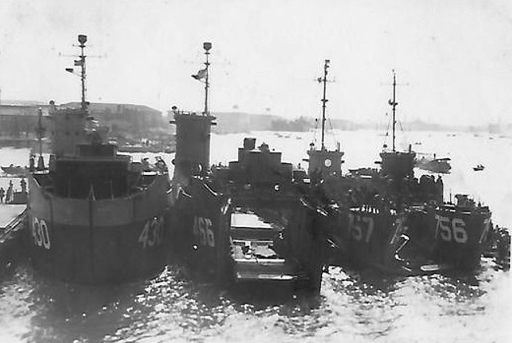 When Chicagoan, Bill Simmons joined the Navy in July of 1944, he had no idea what he would see. At age 17 he wanted to serve and do his part of for the war effort.

After basic training at Farragut Naval Training Center in Idaho, Simmons was sent to Pearl Harbor. There he went aboard his new home the LCI(L) 756. The crew was sprinkled with veterans fresh from operations at New Guinea, Casablanca, and Iceland. The skipper, Ensign Melvin Wunsch of Stevens Point Wisconsin had participated in the three invasions in Europe and Africa. These veterans had sailed the recently launched 756 from Portland, Oregon shipyards to San Diego and then Hawaii. This is where invasion training would begin for Simmons.

During this time the Pacific War was raging at Saipan, Tinian, Guam and the Philippines. As part of Flotilla 16 the crew of LCI 756 trained in tactical and operational maneuvers at Maui and Kahoolawe. In December of 1944 the 756 was transferred to Flotilla 21 and assigned a radical change of purpose. Three 4.2-inch chemical mortars were mounted on her decks. She was now LCI(M) 756. The ship’s complement increased from four officers and 25 enlisted to five officers 45 enlisted. Still a small and very close crew compared to most warships. Simmons became good friends with Sam Caruso. They stayed in touch after the war.

Crewmembers were quickly trained in mortar craft operations. Then they joined an amphibious convoy headed for a top-secret forward area. Their destination is described in the ship’s history as “Bloody Little Iwo” a sulphurous, volcanic, pint sized island, half way between Saipan and Tokyo.”

On 19 February 1945 Simmons witnessed combat for the first time. At H-Hour 0900 LCI 756 was on the right flank of the Fourth Marine Division. His ship poured chemical mortar shells into the east boat basin and stone quarry on Iwo Jima. The Japanese had defended this position with many gun emplacements and pill boxes. Amphibious boats could provide close in support while the Marine landing craft hit the beach.  The mortar barrage kept Jap defender’s heads down long enough for the Marines to get a foothold. Once the Marines were on shore, the mission for 756 changed.

For the next 8 days and nights they circled ships of the U.S. fleet off Iwo Jima. They made smoke by burning hundreds of gallons of fog oil. This helped protect the larger ships from air attack. They were also sent in close to shore at night. They would harass enemy positions on the northwest end of Iwo with mortar shells. The Japs fired back from concealed artillery emplacements. But their accuracy against this small moving target was not good. The 756 sustained no hits and no casualties. The crew was tired from lack of sleep and mortar crews were muscle weary. They had expended over 2700 rounds of mortar ammunition on the eight square mile island. The ship had earned her first battle star.

On 26 February LCI 756 joined a convoy headed to the Philippines. The crew would get much needed rest. The ship was to be resupplied while her crew began preparation for the next battle. Eighteen days were spent in Leyte Gulf for fueling, watering, provisioning, training, mail calls, and even some recreation ashore.  It rained daily, but nobody complained. The scuttlebut was that the next invasion would be the biggest to- date of the Pacific War.

On Easter Sunday 1945 Bill Simmons and his shipmates were greeted with a bright, clear morning and a sea that was glossy smooth. The idyllic scene was broken by the deafening roar of guns from U.S. battleships, cruisers and destroyers opening up on the beaches of Okinawa.

The 756 lined up with mortar and rocket LCIs. The gator gunboats pounded the landing beach at close range in front of the infantry landing craft. Resistance was light. The Japanese had learned to avoid the initial pounding from warships and gunboats. Most troops were able to simply walk ashore.

Kamikazes were the main threat on day one of the invasion. These planes were mostly harassing in nature. Yet they instilled terror in every sailor of Task Force 58. With over 1400 ships in the invasion armada, Japanese pilots had no problem finding a target. Some managed to get through the walls of anti-aircraft steel and crash into a ship. LCI 756 was sent back out to the transport area where she took up her specialty – making smoke.

As the invasion days became weeks and then months the 756 took on many other duties. Her crew participated in a feint secondary invasion to disrupt Jap strategy on 17 April. She rained mortar shells on the seaport city of Naha in support of a Marine offensive. The ships 40mm and 20mm crews took credit for several assists in downing kamikazes. Between air attacks they delivered mail to capital warships.

As the 82-day battle for Okinawa reached a climax, some Japanese troops and Okinawan civilians surrendered. With no place left for retreat, they swam out to ships patrolling near the southern shore of Okinawa. LCI 756 crewmembers pulled a number starving and beaten Japanese from the water along the Okinawa shoreline.

Finally, Simmons and the crew of LCI 756 got the joyous news to head back to Pearl Harbor for rest, rehab and repair. They would need to prepare for the next big invasion…Japan. About three-fourths of the crew hadn’t set foot on land for 6 months. While in Hawaii, shore liberty got even better. The war ended.

With peace, the demobilization period began. Mortars and ammunition were removed from the ship to make room for bunks and troop passengers. The LCI(M) would become the LCI(L) 756. She was sent back to Okinawa. There she was kept busy with trips to neighboring islands carrying Okinawan repatriates and Japanese officers. In 1946 she served occupation duty in Shanghai and Tokyo. The 756 earned three battle stars. She was decommissioned in July 1946 at San Diego.

After the war, Simmons got married, had two daughters. He worked for ComEd for a while. Then he got back into uniform as a Chicago police officer. He served the city with honor for 33 years. Simmons was active in the VFW and was a Commander for the American Legion Post 973. He passed away in 2018 and is survived by his daughters, seven grandchildren and 12 great-grandchildren.