Skip to content
All aboard!
The 2019 LCI National Reunion!
Vampire Volunteers
We Remember Charles “Buster” Lawrence. Why?
Chaplain’s Corner
My Grandfather’s Sacrifice
LCI Veterans Recall D-Day
Whatever Will Float Our Boat
Observations from Officers Country
LCI(L) 85: The Four- Leaf Clover
Not All LCI Casualties Occurred During the Landings
AFMM Meets the Fleet at Bremerton
The ex-Salvage Chief Comes Home to the Columbia
Witness to Invasions, Surrenders and Occupation
Excerpt from “USS LCI(L) 419…Its Story”
Voices from the Pacific
Elsie ItemIn MemoriumJune 2019 (No. 105) 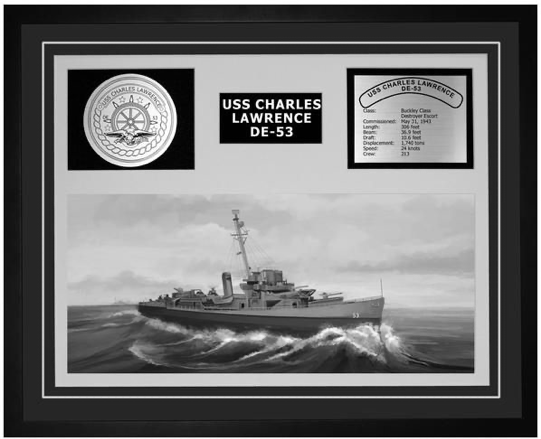 Born in 1916, he graduated in 1935 from Benson Polytechnic High School, in Portland, Oregon. His major was aviation mechanics. He joined the Army and served two years as an aviation mechanic at Hickam field, Hawaii. He was discharged in October 1939. But military life appealed to him, and he joined the navy in February 1940. After completing Aviation Machinist Mate training, he was assigned to a PBY squadron at NAS Kaneohe Bay, Hawaii. He was 25, older than most of the crew, and, of course, was called “Pops.”

On 7 December 1941 Japanese bombers attacked and destroyed NAS Kaneohe. Lawrence manned an anti-aircraft battery and was wounded but directed his crew until he died. Charles Lawrence was honored with a Navy Commendation Medal, later upgraded to the Navy Cross. His legacy lived on when the Navy named the USS Charles Lawrence (DE-53) in his honor. Lawrence served with the Atlantic fleet until September 1944 when she entered the Brooklyn Navy yard and converted into a high-speed transport (APD-37). Again, transferred to the Pacific fleet, the ship called at Pearl Harbor in February 1945. Lawrence’s service in 1941 was honored at NAS Kaneohe Bay. The USS Lawrence was   decommissioned in June 1956 . . . then scrapped in September 1964.