Skip to content
All aboard!
The 2019 LCI National Reunion!
Vampire Volunteers
We Remember Charles “Buster” Lawrence. Why?
Chaplain’s Corner
My Grandfather’s Sacrifice
LCI Veterans Recall D-Day
Whatever Will Float Our Boat
Observations from Officers Country
LCI(L) 85: The Four- Leaf Clover
Not All LCI Casualties Occurred During the Landings
AFMM Meets the Fleet at Bremerton
The ex-Salvage Chief Comes Home to the Columbia
Witness to Invasions, Surrenders and Occupation
Excerpt from “USS LCI(L) 419…Its Story”
Voices from the Pacific
Elsie ItemFeaturedLCI 450LCI(G)March 2017 (No. 96)Most RecentStories 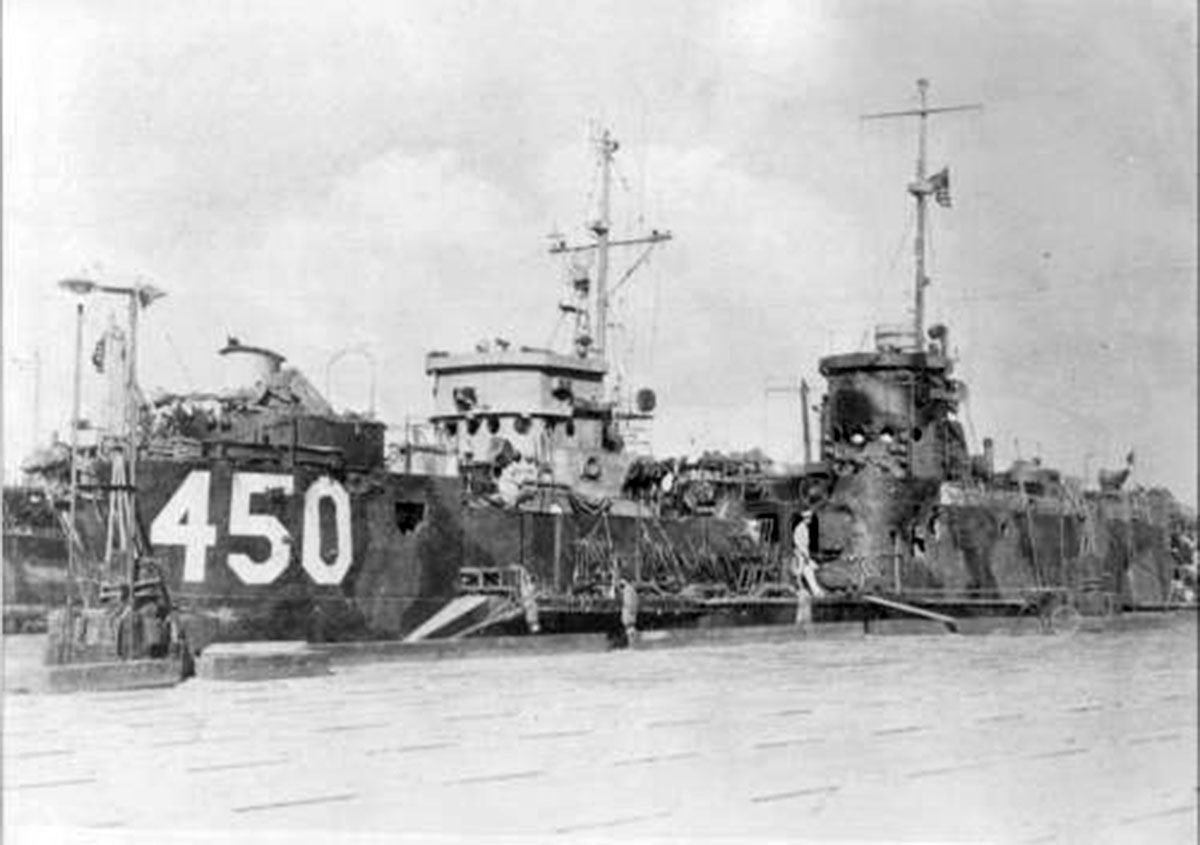 A number of years have elapsed but I still remember the circumstances which led to Jack Buchanan’s “unauthorized swim” and safe return aboard the 450. You will recall that Jack was a large and very strong young man. So I figured that he would be a good man to set up the 4.5 rocket launchers at our battle station.

You will also recall Capt. Kennedy’s rule for wearing life jackets. Well, Buchanan failed to put on his life-jacket for this task. Being the strong man he was, Jack grabbed one of the rocket launchers, hoisted it over his head, and commenced to do a little dancing jig to impress everyone with his strength. I hollered at him to quit and to get his life-jacket on before the “Ole Man” sees this. Now Jack was big and strong but he was not much of a dancer. Within seconds of me telling him to quit and get his life jacket on, I heard commotion and turned just in time to see Buchanan trip and lose his balance with the rocket launcher still above his head but no longer in “steady sea-going” fashion.

Jack lost his balance and his grip on the launcher at the same fateful moment. I realized what was taking place but helpless to do anything about it. All I could think of was to yell, “Buchanan, don’t lose that rocket launcher or the ‘Old Man’ will kill us both.” As the launcher bounced off the well deck and started to make its way over the side of the ship Buchanan managed capture the launcher however, in an instant they both took an unauthorized absence from the ship. Upon racing to the side of the ship I could see that he had indeed regained control of the launcher but they were both several feet below the ocean surface, but neither Jack or the launcher were wearing a life-jacket. I immediately ran to the gun deck, grabbed a life jacket and heaved it as far as I could towards Buchanan. He had now let go of the launcher and surfaced a good distance from the steaming 450. Buchanan was not much of a rocket launcher dancing partner but I knew he was a good swimmer and could make his way to the life-jacket.

Then I yelled to the Control Tower, “Man overboard!” and the Man Overboard flag was unfurled. Our ship was in convoy and could not immediately break off to return to Buchanan without receipt of orders. He was now perched atop the life-jacket as he watched the 450 steam away. He waved as we steamed away. I do not recall how Capt. Kennedy obtained permission to break out of the convoy formation and return to get Jack. When we finally made our way back, two guys went into the water with a rope in hand to secure him. Needless to say, Jack was most happy to see us but was in no shape to help with his rescue but we finally got him aboard.

I now believed that both Jack and I would be on the “Old Man’s” s— list for this incident, but Capt. Kennedy was as elated as the rest of us for getting Jack safely aboard the ship. In fact, instead of admonishment or punishment Capt. Kennedy said to me, “Roberts that was quick thinking and proper action from you – for that you are going to be Seaman 1st Class. So, I went from figuring on being the object of another Captain’s Mast to a promotion. And I can tell you that Jack Buchanan felt differently about wearing his life-jacket after that day. “Now you know the rest of the story.”