Skip to content
All aboard!
The 2019 LCI National Reunion!
Vampire Volunteers
We Remember Charles “Buster” Lawrence. Why?
Chaplain’s Corner
My Grandfather’s Sacrifice
LCI Veterans Recall D-Day
Whatever Will Float Our Boat
Observations from Officers Country
LCI(L) 85: The Four- Leaf Clover
Not All LCI Casualties Occurred During the Landings
AFMM Meets the Fleet at Bremerton
The ex-Salvage Chief Comes Home to the Columbia
Witness to Invasions, Surrenders and Occupation
Excerpt from “USS LCI(L) 419…Its Story”
Voices from the Pacific
Elsie ItemFeaturedLCI 41LCI 43LCI(L)March 2017 (No. 96)Most RecentStories 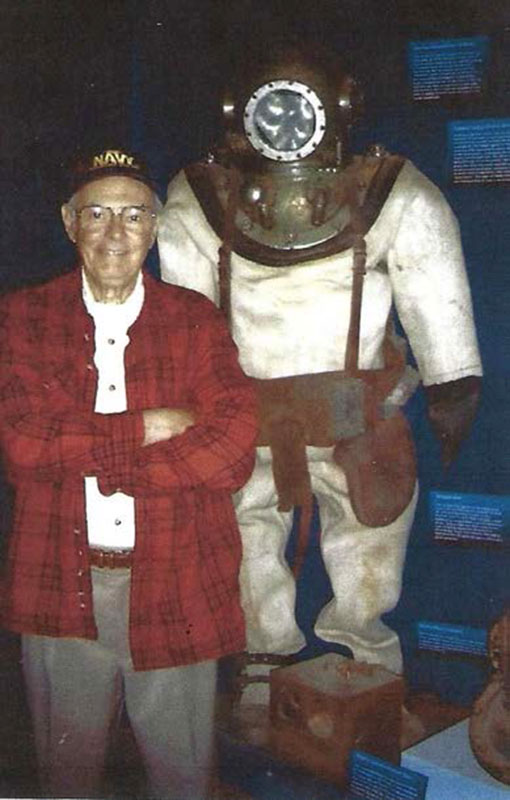 For this invasion, the two LCI’s had been loaded with the ratings of Chief Diver and lower. These diving men with their diving suits, compressors, hoses and related gear took a demand on more than one LCI compartment which was originally assigned for troops.
Their orders in the invasion were to blow off any obstacles that might occur in the limited landing area.

During the winding down of the invasion, the two ships were ordered to proceed westward to Toulon, France.

I must insert some history at this point
In 1939 when Hitler stormed into Poland, the Free French sabotaged the harbor of Toulon. This was done by sinking their Nave Fleet Ships alongside the piers. Thus the piers were of no possible use to the then invading German Navy and Army.  On arrival in Toulon we had to weave our way to the inner harbor by makeshift markers hastily placed so that we could weave around sunken vessels of many sorts and get close to our assignment.  Rifle and mortar fire could be heard from both the invading American and British troops as well as the defending German Army in a close proximity. It was urgent that we make access for ships with ammunition and other much needed supplies to combat the defending Germans.

The #41 and #43 anchored over some of the sunken ships that were alongside a pier. Our divers went down and put explosives in chain form on the main stress points of the sunken ships. Divers would surface, we would pull up anchor and then back off. The explosives would be blown and this procedure went on and on around the clock with both LCI’s.

This was done to drive the sunken ships down into the mud of the harbor. Within just a few days we had Liberty Ships coming into the harbor of Toulon, bringing much needed ammunition and supplies. With Liberty Ships gaining access to unload, we were then ordered to stand anchor outside the harbor.

Aboard these small cramped LCI’s there was always a demand for diversion. Yes, we then took turns going down in the diving suits with the aid of the professional divers, air hoses and compressors. We found this quite a thrill but it was very clumsy.

With the American in-born ingenuity we then took gas masks and put a valve in them to fit the diving hoses. The crew then submerged with the gas mask air supply and a leaded belt. The excess air was just expelled out the sides of the gas mask.

I remember going down and seeing schools of fish darting in front of me; stopping and then dashing elsewhere. In going to the bottom there was tall grass weaving back and forth and a moment of fear would touch you, wondering how long that grass really was.

Our improvised diving was not deep because of pressure on our ears. But it was fun to be playing in the French Rivera waters.