Skip to content
All aboard!
The 2019 LCI National Reunion!
Vampire Volunteers
We Remember Charles “Buster” Lawrence. Why?
Chaplain’s Corner
My Grandfather’s Sacrifice
LCI Veterans Recall D-Day
Whatever Will Float Our Boat
Observations from Officers Country
LCI(L) 85: The Four- Leaf Clover
Not All LCI Casualties Occurred During the Landings
AFMM Meets the Fleet at Bremerton
The ex-Salvage Chief Comes Home to the Columbia
Witness to Invasions, Surrenders and Occupation
Excerpt from “USS LCI(L) 419…Its Story”
Voices from the Pacific
Elsie ItemFeaturedLCI 20LCI(L)March 2017 (No. 96)Most RecentShips 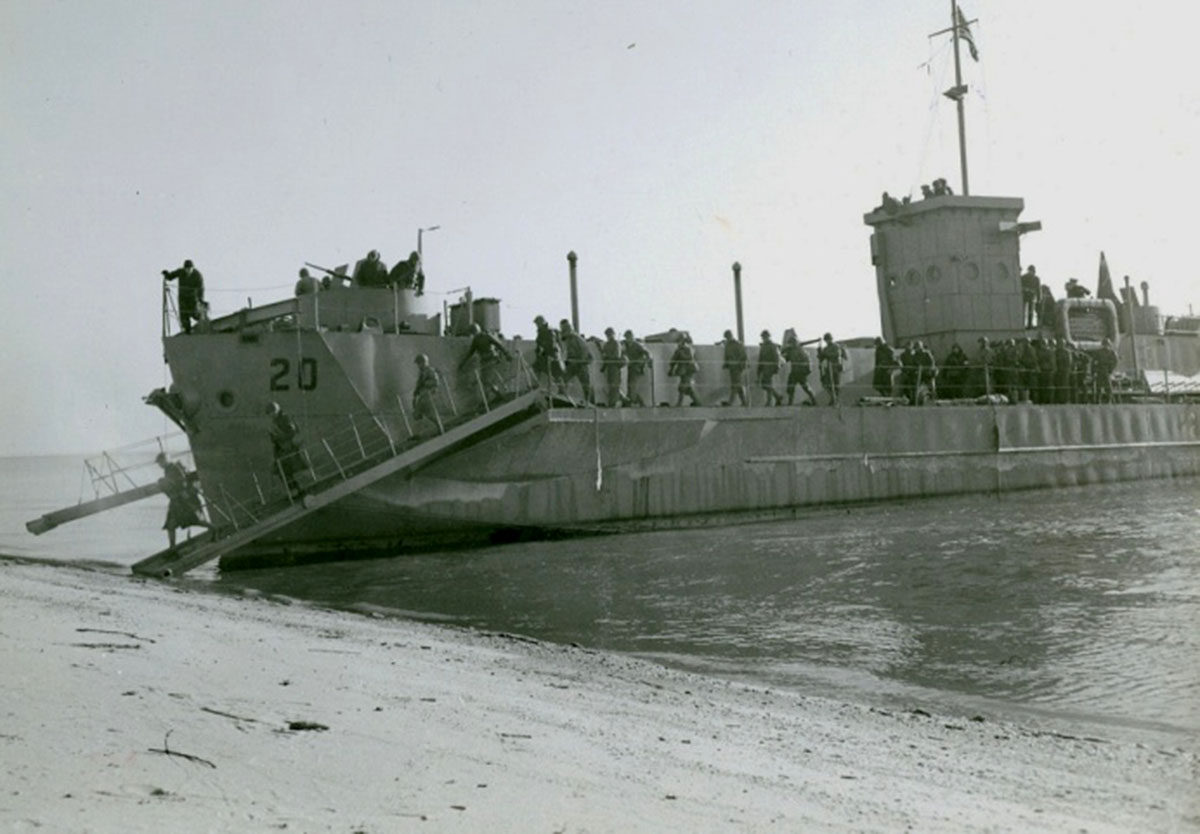 USS LCI(20) during  a training exercise on January 20, 1943 at Solomons Maryland 1 year before the Anzio landing

Many of us LCI members use email on a daily basis.  It seems that often you are inundated with many worthless messages, but then, occasionally, one arrives that just makes your day a whole lot better.  This particular email arrived in my inbox on July 14, 2016. It was from a gentleman from Italy, named Claudio Morino, who identified himself as a Italian Army Officer. He is president of the Underwater Battlefield Organized Anzio Team which uses the acronym U.B.O.A.T.. His team had located a wreck of a ship on the sea floor of the Mediterranean off the Anzio shore. They had a tentative identification as a US Navy landing ship, possibly the USS LCI(L) 20.

LtC Marino requested any information that I had in my possession that would enable them to make a definitive determination.  I sent them detailed drawings with measurements of a Class 1-350 Landing Craft Infantry, and a picture of the LCI(L) 20 aground after being hit by the German Bomb. I also included the Action Report written by the Ship’s Captain, Lt (jg.) Frank Chambers which covered the events leading up to the LCI(L) 20 being abandoned and burning on the shore.

From that information, they concluded that the ship that was located just 60-70 yards from the shore was the ill-fated USS LCI(L) 20.

The LCI(L) 20 had a relatively short period of active service: from Commissioning on December 11, 1942 to its final landing on January 22, 1944. Like most of LCI Flotilla 1 the ship and crew saw service in North Africa and later in Italy. They had participated the landings under fire at Sicily and Salerno so by the time of the events at Anzio the ship and crew were experienced battle veterans.

The force of the explosion ripped open the fuel oil day tanks and covered the engine and crew’s quarters with approximately 800 gallons of fuel oil which caught on fire after the explosion. Foamite, fire hose, fog nozzles and all firefighting equipment on the forward part of the ship and were passed to the crew on the stern who were acting on orders of the Executive Officer and Engineering Officer, attempting to extinguish the fire. The explosion also destroyed the fire mains, water pump and handy billies. CO2 extinguishers and foamite were the only firefighting equipment left intact. Orders were given to flood the magazine, but that was impossible due to the fact that the mains had parted.

…The crew continued to fight the fire until ordered to abandon ship. At the time of abandon ship, the fire below the weather deck spread from the engine room forward to frame #46 and in the deckhouse to frame #46. When word was received from the men on the stern that there was a great possibility of the ammunition blowing up, the commanding officer ordered all hands to abandon ship.