Skip to content
All aboard!
The 2019 LCI National Reunion!
Vampire Volunteers
We Remember Charles “Buster” Lawrence. Why?
Chaplain’s Corner
My Grandfather’s Sacrifice
LCI Veterans Recall D-Day
Whatever Will Float Our Boat
Observations from Officers Country
LCI(L) 85: The Four- Leaf Clover
Not All LCI Casualties Occurred During the Landings
AFMM Meets the Fleet at Bremerton
The ex-Salvage Chief Comes Home to the Columbia
Witness to Invasions, Surrenders and Occupation
Excerpt from “USS LCI(L) 419…Its Story”
Voices from the Pacific
Elsie ItemFeaturedLCI 85LCI 91LCI 92LCI 93LCI(L)ShipsStoriesStory Archive 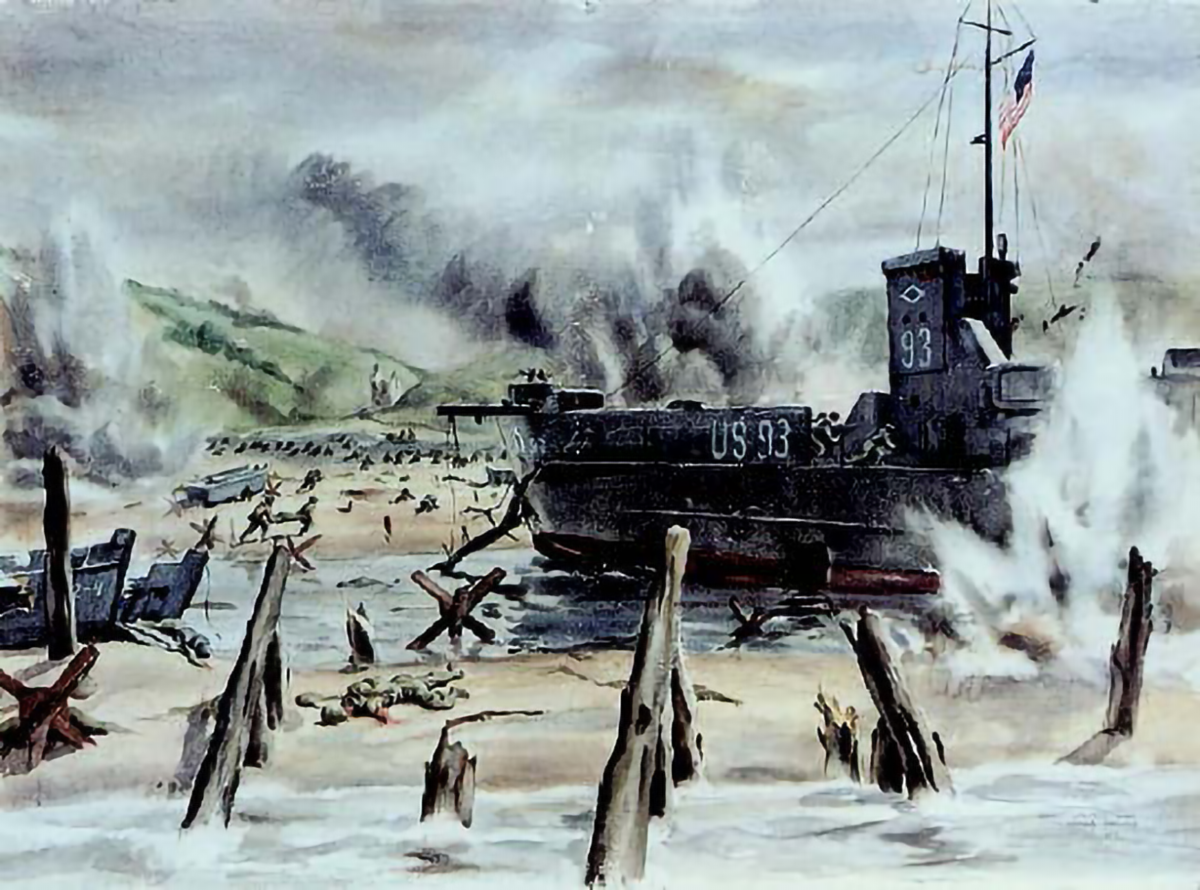 This article first appeared in the January 2007 issue of the Elsie Item (No. 58) and offers details about the loss of four LCIs.  In particular, it discusses the LCI(L)-85 that is featured in National Geographic series “Drain The Oceans: Secrets of D-Day” airing on Monday, June 3, 2019 at 9:00 PM EDT.

In the annals of Landing Craft, Infantry one of the greatest stories of bravery and determination is that of the LCIs manned by U.S. Coastguardsmen who stormed ashore with the first wave at Omaha beach on D-Day, the sixth of June, 1944. Four of those rugged square-conns – LCIs 85, 91, 92 and 93 – were lost to enemy action on that eventful day. No other Flotilla lost more ships or men than on that occasion.

To commemorate those brave men and to remind many of our friends and family, who may not know that U.S. Coastguardsmen manned LCIs under Navy control during WWII, we feature a series of articles and pictures which tell the story of that fateful day. In doing, so we also remember many of those “Coasties” who have been members of our Association for years; and we also welcome aboard others who will be joining us for the first time at our Branson reunion. For years they have had their own Flotilla Ten reunions but have now decided that, with declining numbers, the time has come to join with us.

We begin this tribute with the official unit citation which was awarded Flotilla Ten in 2000, some fifty-six years after the event.

THE OFFICIAL COMMENDATION OF FLOTILLA TEN

THE COMMANDANT OF THE UNITED STATES COAST GUARD

The Commandant of the Coast Guard takes great pleasure in presenting the COAST GUARD UNIT COMMENDATION to:

For exceptionally meritorious service during Flotilla 10 – Group 29 – Division 57’s participation in the allied force’s invasion of Normandy, France on 6 June 1944. Consisting of 24 Coast Guard-manned Landing Crafts (LCI), Flotilla 10 distinguished itself in the face of heavy enemy fire in delivering hundreds of allied troops and tons of equipment to Omaha Beach at the outset of the invasion. The gallant efforts of the crews of these LCIs were key to clearing channels through minefields and hedgehogs to enable the rest of the allied force to reach the beaches. Although continually exposed to heavy gunfire, the LCIs dodged sunken obstacles and sailed through heavy seas, shuttling between the landing areas and the transport ships delivering badly needed supplies and reinforcements to the beaches. After delivering their human cargo and equipment, the LCIs served as rescue platforms, recovering and transporting injured soldiers and sailors to hospital ships off shore.

Throughout the invasion, four of the LCIs, Numbers 85, 91, 92 and 93, were lost while distinguishing themselves in the heat of battle. LCI-85 was one of the first to ram its way through sunken obstacles and successfully clear a path to the beach before being hit by an 88mm shell that penetrated the hull and exploded in the forwarded troop compartment. After unloading troops to smaller landing craft, LCI-85 stuck a mine and was simultaneously struck by 25 artillery shells. Listing badly, LCI-85 returned to [USS SAMUEL] CHASE and unloaded its wounded before it sank. LCI-91 and LCI-92 were both struck by German shells shortly after reaching the beach and both burst into flames. The crews fought the fires while unloading troops. These LCIs burned throughout the day, giving off thick smoke that served as a key landmark for other allied forces approaching the coast. Further down the beach, LCI-93 successfully delivered its first load of troops, but grounded on a sandbar during their second delivery and took 10 direct artillery hits. As the invasion progressed, the remaining LCIs of Flotilla 10 successfully rescued over 400 injured allied personnel.

These were instrumental in the successful invasion of Normandy and in turning the tide of World War II. The dedication and devotion to duty exhibited by the crew of Flotilla 10 – Group 29 – Division 57 during this period are in keeping with the highest traditions of the United States Coast Guard.

THE AFTER-ACTION REPORT OF THE LCI-85
by LTJG Coit Hendley, Commanding Officer

The 88’s began hitting the ship, they tore into the compartments and exploded on the exposed deck. Machine guns opened up. Men were hit and men were mutilated. There was no such thing as a minor wound.
– Lieutenant, Junior Grade, Coit Hendley

The Coast Guard-manned USS LCI(L)-85 was commissioned on 1 January 1943. She was assigned to LCI(L) Flotilla 4. After undergoing shakedown and training exercises, she sailed across the Atlantic in company with the other LCI(L)s of the flotilla and participated in the North African occupation in Tunisia, from 1 June to 9 July 1943. She then landed troops during the invasion of Sicily on 9 July 1943 and the landings at Salerno on 9 September 1943.

She then sailed for England as part of the same flotilla, now renamed Flotilla 10, in preparation for the invasion of Normandy. Her commanding officer was LT(JG) Coit Hendley, USCGR. After undergoing training exercises throughout the spring of 1944, she landed troops on Omaha Beach on the morning of 6 June 1944. She was severely damaged by enemy fire and mines as soon as she landed. Hendley later stated: “The 88’s began hitting the ship, they tore into the compartments and exploded on the exposed deck. Machine guns opened up. Men were hit and men were mutilated. There was no such thing as a minor wound.” She retracted off the beach and sailed offshore to the Samuel Chase (APA-26) where she off-loaded the wounded before she capsized. She was then sunk with a mine. Fifteen soldiers aboard were killed in action, and approximately 30 soldiers and four of the LCI(L)-85’s crew were wounded.

About the painting, “The Tough Beach”, at the top of the article…

This painting by World War II Navy combat artist Dwight C. Shepler is from the art collection in the Navy Historical Museum at the Washington, DC, Navy yard. Entitled “The Tough Beach,” it depicts LCI 93, grounded on a sandbar on Omaha Beach, being subjected to murderous fire from German 88 millimeter guns.

All day the landing waves suffered terrible attrition from the stubborn, enfilade German fire which raked the shore. A coast studded with beach and underwater obstacles, mines, and German fortified positions and pillboxes, it proved deadly to many American soldiers and sailors on June 6, 1944.
– Dwight C. Shepler, the artist