Skip to content
All aboard!
The 2019 LCI National Reunion!
Vampire Volunteers
We Remember Charles “Buster” Lawrence. Why?
Chaplain’s Corner
My Grandfather’s Sacrifice
LCI Veterans Recall D-Day
Whatever Will Float Our Boat
Observations from Officers Country
LCI(L) 85: The Four- Leaf Clover
Not All LCI Casualties Occurred During the Landings
AFMM Meets the Fleet at Bremerton
The ex-Salvage Chief Comes Home to the Columbia
Witness to Invasions, Surrenders and Occupation
Excerpt from “USS LCI(L) 419…Its Story”
Voices from the Pacific
Elsie ItemFeaturedLCI 365LCI(G)September 2018 (No. 102) 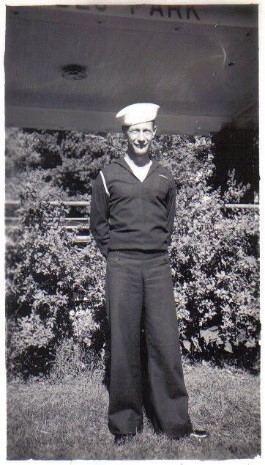 The actions on W-Day 21 July 1944 during the initial assault landings on Agat Beach, Guam. The mission of this vessel, and of LCI(G) Division Fifteen, was to precede the first assault wave into beaches Yellow 1 and 2, White 1 and 2…to support these landings by an intense barrage of 20 and 40 MM fire and two salvos of 4.5 CIT barrage rockets.
– Action Report: USS LCI(G) 365, Flagship, Division Fifteen

As the LCI ships entered Agat Bay the rain subsided. Some smoke could be seen from the offshore bombardment. The town of Agat lay in ruins just beyond the beach. At 0805 LCI 365 and the seven other gun boats began their approach. They led approximately 250 yards in front of the first wave landing craft. Their speed – just 4.5 knots – made for easy targets. At 0815 and 2,000 yards from the beach all eight gunboats opened-up with their 40mm batteries. The Japanese opened-up too. The LCI 365 was bracketed in a crossfire of 75mm batteries located on Bangi Point and Palagi Rock.

In addition to the 70 crewmembers on board LCI 365 there was the Flag Staff of Rear Admiral Richard “Close-In” Conolly. He was a 1914 Naval Academy graduate with a background in destroyers. He earned his nickname due to his insistence that fire-support ships must get in close to the beach during amphibious assaults. Rear Admiral Conolly had ordered the LCIs to line up parallel to each other and 120 feet apart. With shell bursts and geysers of water rising-up all around the LCIs he continued his steady “close-in” approach to the beach. His rockets were armed and ready. The first rocket salvo would be launched at 1100 yards and the second at 800 yards.

John Lawson MoMM2/c was part of RAdm Conolly’s staff. Lawson was 3 days shy of turning 30 years old. He was an old man to a crew whose average age was about 19. He’d been assigned temporary duty on the 365 only two months ago. Lawson was from Brooklyn, Iowa. He attended the University of Iowa for one semester, but then, to start earning money, worked as a telephone lineman. After the war broke out he went into the Army, got an honorable discharge in late 1942 and joined the Navy in April 1943. He graduated from boot camp (Company Honor Man) in Farragut, Idaho, then went to Class “A” diesel school, Advanced Diesel school, Landing Craft school and finally Rocket Training. He was older, married, had two children and was a more experienced and educated sailor. Conolly requested Lawson for his flag staff on LCI 365. It was being fitted with rocket launchers, cannons and machine guns during May of 1944. Lawson’s purpose for being on the ship was to help with the conversion, training and setting up of the rocket launchers.

As the 365 was preparing to launch their first salvo of rockets, past experiences certainly kicked in for Lawson. His ankles were already scarred from rocket blast exhaust. Firing procedures were critical for all batteries…especially the rockets. At 0821 the LCI 365 fired her first salvo of 168 rockets. They devastated everything from the beach to 150 yards inland.

Japanese gunners responded by zeroing in on the 365. Direct hits wiped out two 20mm gun batteries. “This ship is now taking direct hits,” wrote LT(JG) Fortson in the Action Report. “We continued to take hits and near misses until 0826.” The second salvo of 285 rockets were fired. They exploded well behind the coconut trees and among the ruins of Agat town. Cease fire was given. The ship was on fire and taking on water. It was time to retreat. With a full right rudder, starboard engine back full, and port ahead full, the 365 turned tail. She was just 500 yards from the beach and only 75 yards from the reef. Her bow was down and listing badly to starboard. There were fires in the bo’s’n locker and No. 2 troop compartment.

As the ship turned to starboard a heavy burst of machine gun fire ripped into the pilot house and conn from astern. The helmsman went down from the blasts and the ship yawed towards the reef. A seaman grabbed the helm and swung the ship back around. All engines were now full ahead. The 365 needed help. Her forward well deck was awash to a depth of six inches. The ship was difficult to steer and yawing to 15 degrees. An order was given to throw overboard the rocket projectors and any loose gear to lighten the ship.

By 0840 all water tight doors in the forecastle had been dogged down and fires were brought under control. But the 365 was a mess. She had taken 9 direct hits from both the port and starboard sides. Her decks were littered with bodies, body parts, blood, wreckage and shell casings. The ship was brought alongside the USS Fayette (APA 43). A total of 26 casualties were transferred to the Fayette for medical treatment or burial. Seven sailors were killed in action. Thomas Wilkinson GM3/c died in the arms of his buddy Wallace Coates. It is believed that Wilkinson was hit by 20mm friendly fire while 365 was making the abrupt turn north towards the Fayette. Clayton Schouten MoMM2/c and LT H.P. Rabenstein from Admiral Connoly’s staff were among the wounded. LT Rabenstein’s wounds were minor and he returned to duty the following day. LCI 365’s wounds were major. There were shrapnel holes throughout the ship causing damage to radar, radio room, wiring, life rafts and the mast. Four Rocket launchers and two 20mm guns had been destroyed. One shell passed through the galley and crews head and out the port side of the ship. It damaged the refrigerator, shower and two coffee percolators. Seepage of water was coming through seems in the troop compartments. A thorough overhaul would be needed.

The 365 was out of action. LCI 439 became LT Rabenstein’s flagship. His staff including Jack Lawson transferred too. On 23 July a small unit of Marines in their amphibious vehicles entered the water off Agat Beach. They headed north through boat lanes then turned toward a small beach located between Neye Island and Palagi Rock. This was the same area where the 365 had been hit two days earlier.

Gunnersmate 2/c Adolph Brusig was on early morning watch aboard LCI 366. He was already at his General Quarters 40mm gun position awaiting his five-man crew. The ship was anchored off Agat Beach and had been patrolling the area without incident for two days. “I noticed the unit of Marines enter the water at Agat Beach,” reported Brusig. “They went around Palagi Rock and were heading towards the beach when machine guns and mortars opened up on them. The withering fire was long and intense. There were no survivors. I yelled and cursed at the Japs.”

These guns were firing from the same hidden location behind Palagi Rock that had caused many casualties on 21 July. They had to be silenced. RAdm Conolly devised a plan for a strafing mission at Palagi Rock. His staff officer LT Rabenstein ordered the LCIs to form up in a line behind the 439. They would pass close by Palagi Rock and draw fire, so spotter planes above could locate the guns. Many of the LCI crews considered this mission to be a suicide strafing operation. LT Rabenstein would forever be considered the culprit.

The seven LCIs lined up in single file. They would strafe the shoreline between Neye Island and Palagi Rock. The ships proceeded in at slow speed making them perfect targets for the Japs. Division Commander Conolly’s 439 was first to get hit with mortar fire. “The water all around 439 and 366 was covered with exploding mortar rounds,” said Gunnersmate Adolph Brusig. “When the 439 got hit I saw its mast and ensign get blown off and fall in the water.” Shell blasts were hitting all around. Two sailors were killed and 13 injured on the 439. The 366 followed close behind. As the 366 reached the point of fire, it was also hit. Five sailors were killed and 13 wounded. Now LCI 440 was next to run the gauntlet. Her skipper, LT Keyes saw where the Jap mortar shells were falling and turned to starboard and out of range. Navy planes circling overhead located the Jap gun positions and quickly destroyed the site. The guns behind Palagi Rock had claimed seven more lives. The crew of the 366 blamed LT Rabenstein for their losses. But those still patrolling the Agat Beach sector knew those guns wouldn’t be a danger to them anymore.

Jack Lawson had seen enough “close in” combat. He was glad the 439 was sent back to Hawaii and was hoping for a furlough. Instead, he got reassigned to the flag staff of the USS Appalachian. He served on her until the end of the war and was discharged in October of 1945. While awaiting refit of the USS Appalachian, Lawson’s wife came out to meet him. They attended a party with Admiral and Mrs. Conolly. Lawson had been promoted to MoMM1/c. He hoped to be rotated home soon. The Admiral wanted Lawson to reup before that and remain on his staff. He would have promoted Lawson to Chief. Admiral Conolly became Commander of U.S. Navy forces in Europe after the war. It would have been good duty. Lawson turned it down because he had a three-year old son, two-year old daughter and another baby due in two months. It was decision he regretted years later. In 1962 both Admiral Conolly and his wife were killed in a plane crash. The Lawsons were shocked and saddened to have lost their friends.