Skip to content
All aboard!
The 2019 LCI National Reunion!
Vampire Volunteers
We Remember Charles “Buster” Lawrence. Why?
Chaplain’s Corner
My Grandfather’s Sacrifice
LCI Veterans Recall D-Day
Whatever Will Float Our Boat
Observations from Officers Country
LCI(L) 85: The Four- Leaf Clover
Not All LCI Casualties Occurred During the Landings
AFMM Meets the Fleet at Bremerton
The ex-Salvage Chief Comes Home to the Columbia
Witness to Invasions, Surrenders and Occupation
Excerpt from “USS LCI(L) 419…Its Story”
Voices from the Pacific
Reunion 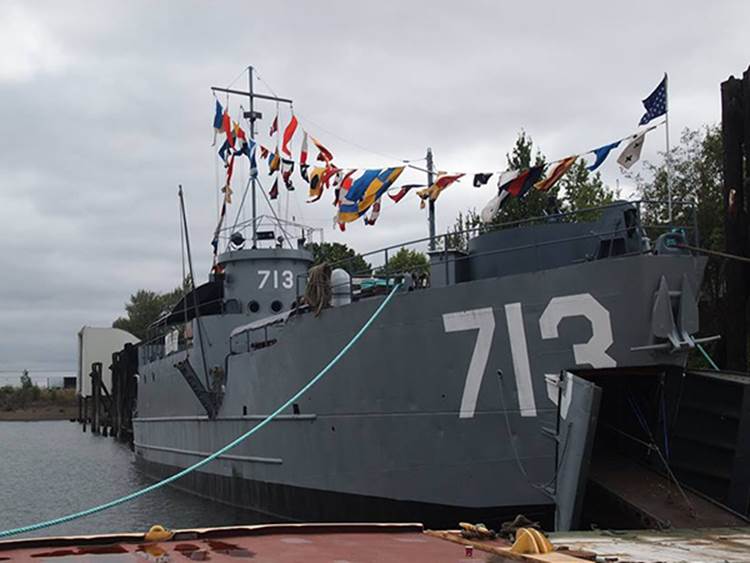 Hello LCI shipmates and friends,
Its reunion time again! We hope you can make room in your schedules to come spend some time with your shipmates, family and friends. This year’s reunion is scheduled to be held at the Sheraton Hotel Portland Airport and will include a visit to the Pittock Mansion in Portland and tours of the LCI-713 and PT-658. The Amphibious Forces Memorial Museum and the LCI-713 are once again sponsoring the event.

Friday, May 4
Arrival and registration from 4-7:00pm in the Hotel Lobby.

The reunion officially concludes after the dinner.

We hope to see all of you there! If you cannot attend, send a note. Tell us what is happening in your life, so you can let us all know how our absent friends are faring. Please feel free to contact us with any questions.

They offer Airport and local shuttle service. Cascade Station is a large shopping center nearby

Studio Double Queen Suite – $129 Single or Double (Good for 3 days before and after)
Website: www.sheratonportlandairport.com
Phone: 503-281-2500 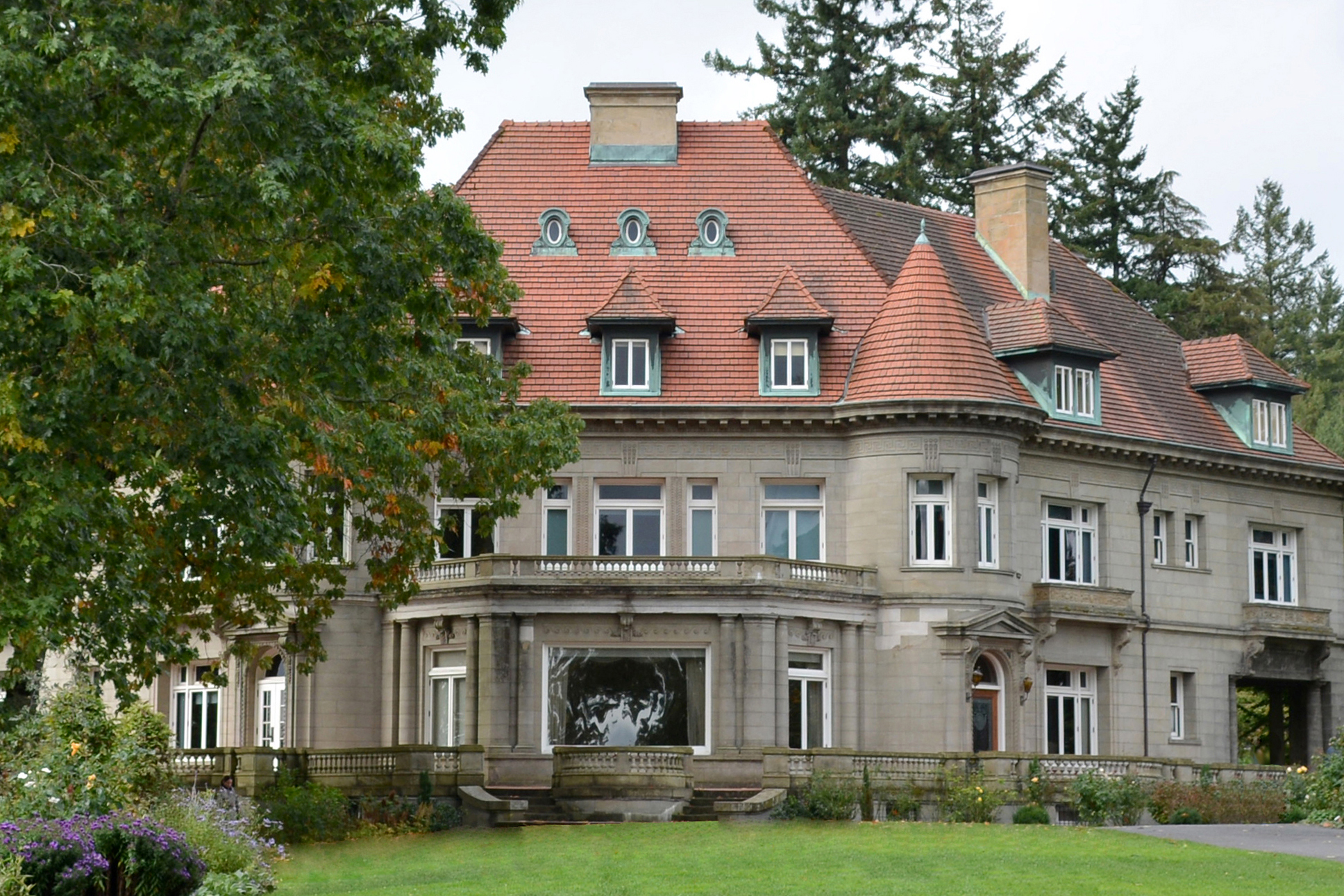 Built in 1914 for one of Oregon’s influential families, Pittock Mansion is filled with rich history and remarkable stories.  Henry Pittock, owner of The Oregonian newspaper, and his wife Georgiana, built Pittock Mansion in 1914. The City of Portland now owns the estate, and Portland Parks & Recreation and the non-profit Pittock Mansion Society work in collaboration to operate and maintain the museum and surrounding park. 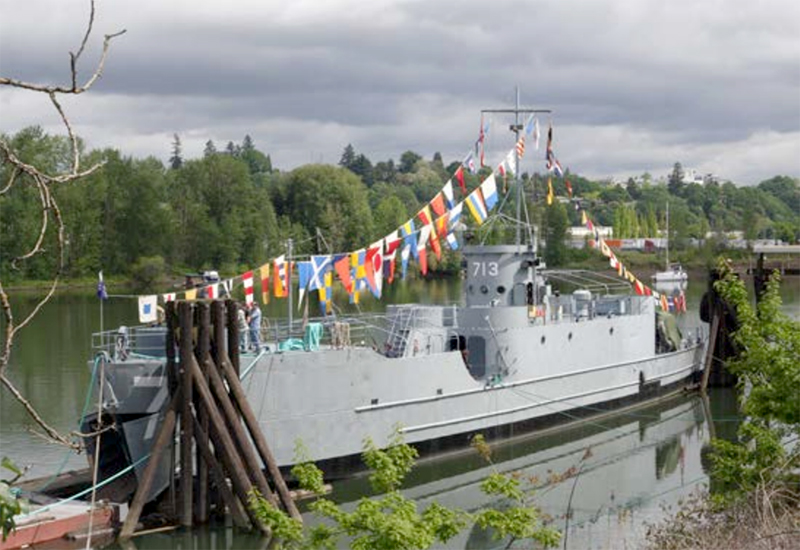 The LCI(L)-713 is located in Portland, Oregon now moored in the Swan Island Lagoon. It is currently owned and being restored by a non-profit 501c3 group, the “Amphibious Forces Memorial Museum“. Built in 1944 in Neponset, Massachusetts, the ship was transferred to the Pacific Theater where it saw action in making two assault landings: Zamboanga, Philippines in March 1945 and Brunei Bay, Borneo in June 1945 (as part of the Battle of North Borneo). Purchased as war surplus initially for use as a log hauling tugboat, the engines were removed and it was relegated to a floating storage hulk in Stevenson, Washington until the late 1950s when it was abandoned and sank into the river mud on the shore of the Columbia River. In the late 1970s the ship was refloated and restoration began on the ship. LCI(L)713 has changed ownership until finally sold to the AFMM in 2003. The LCI(L) 713 has been continually restored with the goal of becoming a historically correct operating museum ship. (Source Wikipedia) 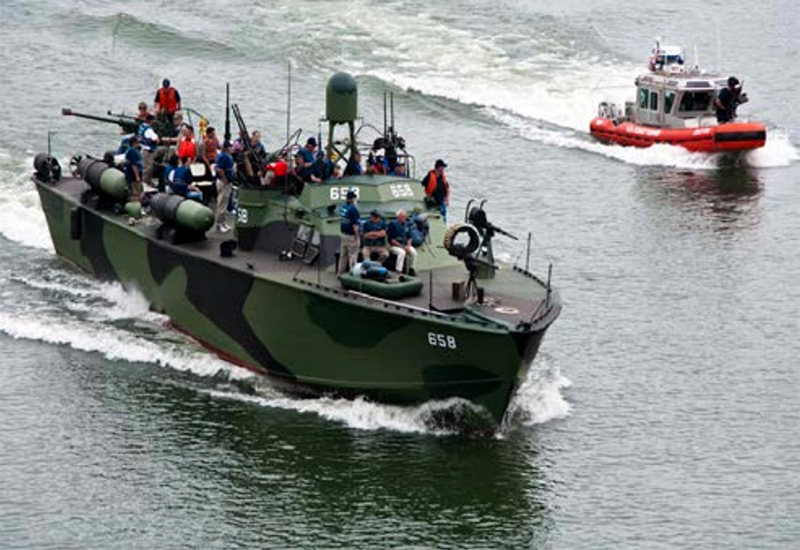 The goal of Save the PT Boat Inc. is to restore the PT658 back to her “as-built” condition which can then be used as a living history display. As much as possible, the PT658 will be restored with historically authentic items and into a configuration that was used on PT Boats during WWII. Some modern day items have been included to meet legally required safety regulations for an operating wooden boat. It is currently the only completely authentically restored operating (floating) US Navy PT Boat in the world.