Skip to content
All aboard!
The 2019 LCI National Reunion!
Vampire Volunteers
We Remember Charles “Buster” Lawrence. Why?
Chaplain’s Corner
My Grandfather’s Sacrifice
LCI Veterans Recall D-Day
Whatever Will Float Our Boat
Observations from Officers Country
LCI(L) 85: The Four- Leaf Clover
Not All LCI Casualties Occurred During the Landings
AFMM Meets the Fleet at Bremerton
The ex-Salvage Chief Comes Home to the Columbia
Witness to Invasions, Surrenders and Occupation
Excerpt from “USS LCI(L) 419…Its Story”
Voices from the Pacific
Uncategorized 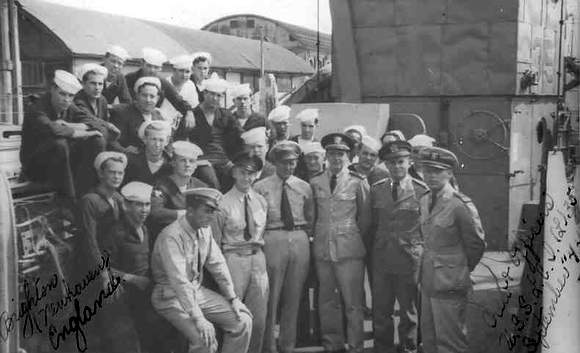 The following story chronicles the journey of the USS LCI (L) 35 during World War II beginning with the crew coming aboard on January 25, 1943 and ending with the ship’s decommissioning on November 15, 1944. The story begins in Philadelphia, Pennsylvania and ends in Sheerness, England. In between, the LCI 35 sailings from Virginia to North Africa and its subsequent participation in the invasions of Sicily, Salerno, Anzio, and Normandy will be highlighted with photos, action reports and other related information.

The information used to tell this story was obtained from Dad’s scrapbooks, the National Archives, other research, and personal conversations with surviving shipmates. Other US or British LCIs, LST, LCTs, and other ships that were noted in the LCI 35 Deck Log, in the War Notes and War Diaries of the Flotilla and Group Commanders are included to assist visitors to the site with any research they may want to undertake.

There are separate links to information About the Landing Craft Infantry (Large) and the LCI 35 Officers and Crew including photos and other related information.