Skip to content
All aboard!
The 2019 LCI National Reunion!
Vampire Volunteers
We Remember Charles “Buster” Lawrence. Why?
Chaplain’s Corner
My Grandfather’s Sacrifice
LCI Veterans Recall D-Day
Whatever Will Float Our Boat
Observations from Officers Country
LCI(L) 85: The Four- Leaf Clover
Not All LCI Casualties Occurred During the Landings
AFMM Meets the Fleet at Bremerton
The ex-Salvage Chief Comes Home to the Columbia
Witness to Invasions, Surrenders and Occupation
Excerpt from “USS LCI(L) 419…Its Story”
Voices from the Pacific
Elsie ItemFeaturedLCI 765LCI(R)March 2018 (No. 100) 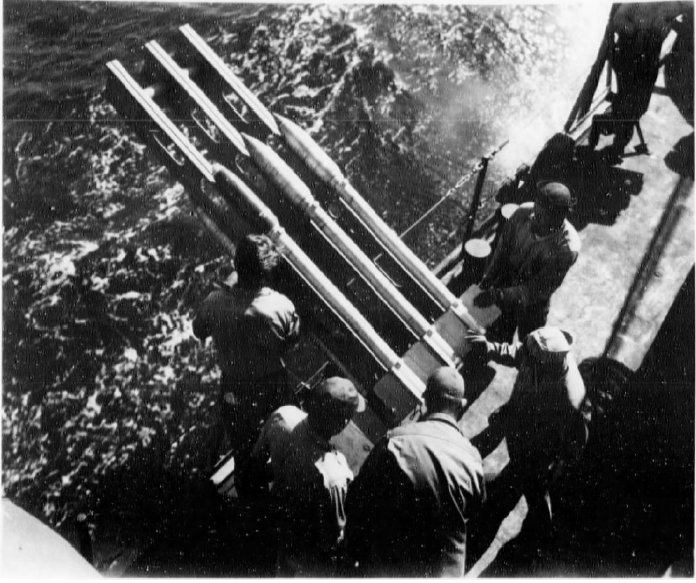 This is truly one of the most intriguing stories of LCI’s I have ever come across. We are indebted again to Hank Henderson, LCI(R)-765 for this story which, for obvious reasons, never found Its way into the official records.

Going through one of my albums, I came across an original newspaper clipping reporting the death of W. E. “Billy” Carroll in March of 1945.

There is quite a personal story on this clipping. When I was growing up, Billy was one of my mentors – one of my favorites.
He was one of the oldest boys in my Dad’s Boy Scout troop. All the way through, Billy was an outstanding person and like an
older brother to me.

When I received the letter from my Dad with that clipping in it, I was the PhM on the USS LCI(R)-765. We were working out of Okinawa. At the time we were hauling supplies to the Destroyers and Destroyer Escorts on the picket line just south of Japan. They were the most exposed people in the world; trying to keep the Japanese Navy and Air Force off our backs or at least let us know when they were coming. Those boys really took a beating. We picked up a full load of groceries, ammo and mail and headed north from Kerama Rhetto. We had also received a bag of mail for our crew. We had been underway for quite some time, almost off the southern end of Japan, when we finally got time to distribute the mail to our crew. The first letter I opened was the one from Dad with the news of Billy’s death over the “Hump.” He was flying a C-47, the old Goonie Bird work horse, from India to China over the Himalayan Mountains. That is one of the worst flight paths in the world – or at least it was for the old low and slow Goonies. Today, at 35,000 feet in a jet at 600 mph; no problem. Billy’s wing man followed him down and there were no parachutes! No one knows why they rode her down instead of jumping. Either way, there was little hope of rescue when you went down in that part of the world.

I read that and sort of blew my stack, I guess. I had lost many friends during the war, but this was too close to home. With the letter in my hand I went storming up to the bridge, faced the Captain, and demanded to be transferred immediately to a forward area. Right then I would have taken on, the whole Japanese nation bare handed.

Anyway, the Captain looked at me with a stunned expression on his face. Finally, he said, “A forward area? You want I should drop you off at the Emperor’s palace? We have nothing more ‘forward’ than we are right now! There is nothing between us and Japan except the Japanese Navy, or what is left of it! You surely don’t want to transfer to the Jap Navy!”

He noticed the letter in my hand. He took the letter, read it, handed it back to me and said, “I understand, Doc. We are there, so just hang tight.”

That night four Japanese destroyers tried to break through the picket line. Our destroyers sank three but the fourth got through. We picked him up on radar coming right down our throat at a closing speed of almost forty knots. We had radar and they did not. It was a pitch-black night.

We figured our skipper would order a 90 degree turn and get the heck out of the way. Our little 153-foot landing craft with one 40 mm and four 20 mm guns would be no match for the destroyer’s five-inch guns. No way! Bruce (Bruce B. Swegle, LTJG, USNR, our “Old Man” and all of 26 years old) ordered us to load our rocket launchers and he held course.

As we skinned alongside of the destroyer out of the dark, maybe two hundred yards or less from them, we gave them a broadside point blank barrage of 18 five-inch concussion rockets. Did a fast 180 and let loose with 18 more, then headed off into the dark night. The last we saw of the Japanese he was limping slowly north toward home with his topsides almost cleaned off.

Without the element of surprise and the luck of a very dark night we would have been history long before we got within range. Did Bruce, or any of us, know for sure that the Japanese had no radar? No way. But Bruce was the meanest, craziest, and most lucky LT(jg), USNR, in the Navy. Commander Coffin told me some 40 years later that was why he usually gave us such crazy assignments, and Clarence Coffin, Commander, USN, retired as Rear Admiral, was one heck of a Navy Commander. He was perhaps the Navy version of Marine Corps legend, General ”Chesty” Puller. I had the good (or bad) fortune to serve under both men, and Chesty in two wars. He was my CO again during the Korean thing [Perhaps that is one of the reasons that I am still alive – with Commanders like those two]

The Captain ordered the Quartermaster to make no entry in the log. He said that if he logged that we had attacked and beaten a Japanese destroyer, Commander Coffin (LCI Flotilla 16 Commander) would send him home in a straight jacket. Later Clarence Coffin did send Bruce home almost in a straight jacket but protected by a Bronze Star. That got him a slot as the Executive Officer on a cruiser for the Korean thing, six months of bombarding the heck out of Korea. After the action was over, Bruce called me up to the bridge an asked, “Doc, do you feel better now?” “Yes sir. Thank you, Captain!”

Since that night I have many times wondered if he made the crazy impossible decision to attack that destroyer for my benefit, or if it was just another of the wild crazy stunts that he managed to pull off. Until he died last year he refused to discuss it with me! Some of the crew of the LCI(G) 450 asked about firing a broadside with our rockets. Their launchers were welded to the ramp platforms and deck. Ours were the six- shot variety, three over and three under on rails. Some way the crew managed to swing them straight outboard in the broadside position and lock them in position with zero elevation. But no one would ever admit to it and the incident was not mentioned again for forty years. The statute of limitations had run out by then!

When we fired the rockets in the normal position – straight ahead at about 45 degrees elevation for the maximum 4,000 or so yard range, the rocket motor scorched the paint on the freeboard of the ship. After those two broadsides the crew spent all their spare time for the next couple of days replacing the scorched paint on the deck and sides of the deck house.

They were not really designed to operate that way, but during WWII lots of things were modified to do whatever job was required. The original rockets fired by LCIs so the story goes, came from a Marine mortar squad being carried to a beach head by an LCI. They came under heavy fire from the shore. The Marines set up their mortars on the deck and peppered the shore, thus suppressing the shore batteries. The crew of the LCI managed to draw some “midnight arms” – i.e. Marine mortars and ammo, welded the mortars to the deck, and the LCI(R) was born.

Maybe some of you can come up with a different story for the LCI(R) modification, but I have that from some of the guys who were there on that first occasion.

The battle between the LCI(R)-765 and a Japanese Destroyer is one of the unrecorded stories of WWII, except that I think it is in my book, No Flag for my Coffin.
-Hank Henderson

Epilogue
I had come across the references to the five- inch rockets in several reports from the War while researching my father’s stories. My dad, Robert Wright EM1/c USN was assigned at that time to LCI(L)-997 which was part of Flotilla 16. He said that he had received a commendation for diagnosing and repairing the firing circuits while they were testing new rocket launchers.

The following pictures are from the War Diaries of LCI Flotilla 16. From the information available, they appear to be taken aboard LCI(L)-762 on December 6, 1944. At the same time these photos were taken, LCI(L)-765 was also operating as part of Flotilla 16. While still at Pearl Harbor it was converted adding 6 five-inch rocket launchers, a 40mm mounted on the forecastle and two .50 caliber machine guns. It was re-designated LCI(R)-765, before being sent to the forward areas as part of the 5th Amphibious Force.

Editor’s Note: These LCI rocket conversions may have provided the concept for a new class of LSM rocket ships. On 6 September 1944 the Chief of Naval Operations wrote a confidential memorandum that called for a unique “LSM Rocket Ship.” Twelve LSMs were converted to LSM(R)s. They had 105 four and six rail rocket launchers installed on the forward half of the ships. These “Interim” LSM(R)s saw extensive action at Okinawa. They proved their value on beach landings. Three of them were sunk by kamikazes. Those ships needed to be replaced and many more would be needed for invasion of Japan. The Navy designed a new “Ultimate” LSM(R) Class from the keel up. Forty-eight of these rocket ships would have led the way during landings on the Kyushu beaches at the southern tip of Japan.